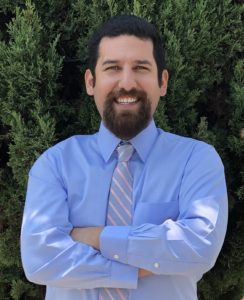 The Executive Board of the Engineers and Scientists of California Local 20, IFPTE is proud to announce Francisco “Frankie” Preciado as the new Executive Director of ESC Local 20. Frankie comes to us from SEIU Local 2007 representing over 1,300 higher education service and technical workers at Stanford and Santa Clara Universities. In his time there, he led numerous successful contract campaigns that resulted in significant raises for union members and worked to enable a member-driven, diverse, and inclusive union. Frankie is also well-seasoned in policy advocacy and politics at local and state levels, having been both a former political staffer and an elected official. A graduate of UC Berkeley School of Law, he also holds a Master’s Degree in Mexican American Studies from San Jose State University, and dual Bachelor’s Degrees in Political Science and Chicano(a) Studies from Stanford University.

As Executive Director, following the direction and vision of the elected Executive Board, Frankie will manage day-to-day operations of the Local and provide supervision and support to all staff. Additionally, he will represent the Local with employers, elected officials, and community organizations.

Frankie is a Bay Area native who grew up in the labor movement. His father has been a shop steward for over 35 years and taught him the importance of fighting for workers’ rights. He enjoys reading about history and playing soccer. Prior to the pandemic, he was an assistant coach for his daughter’s soccer team. Frankie and his wife have been married for over twelve years and have three children. He is excited to join us and looks forward to meeting all our amazing members.

Frankie will be officially coming on staff on August 17. In the following weeks and months, we will be arranging opportunities for him to virtually meet the members of ESC Local 20. In the meantime, you may leave him a message at fpreciado@nullifpte20.org, though it will be a while until he can respond.

Finally, the ESC Local 20 Executive Board would like to express our deep appreciation to Karen Sawislak for her leadership and commitment to this union. Karen has served as the ESC Local 20 Executive Director for almost 10 years. During that time, our union has grown and expanded in ways that will support our further success for years to come. Karen’s tenure as ED has seen the Union through unprecedented challenges and so much of our success is the result of her work. Karen has our respect and admiration and we wish her all the best in her next steps. Those will start off with a U.S. labor history course that Karen will teach at UC Berkeley this fall. She is excited to have this opportunity to train young people about the critical role of the labor movement in securing a just and fair economy and society — and asks that you encourage any current Cal Bears to enroll!